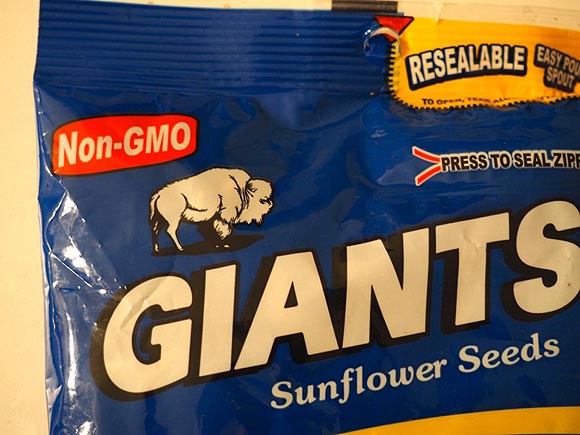 Stopped by a convenience store the other day to pick up a fresh bag of sunflower seeds, and couldn’t help but roll my eyes. The manufacturer had joined a number of other food providers in advertising “Non-GMO” as if it’s a benefit. Which got me thinking…

Scientific ignorance on the part of the general public has long abetted marketers of products, who for decades have gauged public awareness on health issues and made profits based on erroneous perception – facts be damned.

Have you ever been fooled? Probably. Shampoo companies advertise their products’ unique combination of herbs, organic oils, and vitamins – there’s even a brand named “Vitamin Shampoo” – knowing that not one in fifty thousand consumers is aware that hair is not living tissue, has no circulatory system and cannot metabolize anything. Can a shampoo deliver vitamins or other nutrients into your hair? No. It’s not possible.

All shampoos have the same two components, a detergent for washing out dirt from the air and oil from the scalp, and a combination of chemicals that leave washed hair with a coating. This coating can make limp hair appear fuller (the chemical coating increases each hair’s diameter) and reduce the appearance of frizzy split ends (the chemical coating glues each hair back together) and it certainly can make your hair smell nice, but any improvement to the “health” of your hair is, well, purely cosmetic. Nothing penetrates hair.

Skin lotions and creams are another laugher. Very little penetrates human skin. If it does, you’ve either encountered a dangerous acid of some form, or on the patch. Skin lotions don’t, they politely remain on the surface. Yet consumers spend millions of dollars annually on expensive creams and lotions advertised to contain “moisturizing, healing, nourishing, regenerative” ingredients, such as oils from plants, vitamins, and helpful acids.

Apply them and your skin feels better, softer, but all that’s going on is the millions of dead skin cells on the surface are softened and/or removed. Age spots and other anomalies can be reduced via incorporation of mild topical acids. Some form of alcohol is nearly always present in the ingredients panel, since alcohol evaporates upon exposure to air, giving the user the impression that the lotion has been absorbed into the skin.

It’s utter nonsense. My father ran a cosmetics company for twenty years, hired and worked with the chemists it employed. He told me all the dirty little secrets above. He was a Norwegian, meaning it was difficult for him to confess them. He also had difficulty sleeping at night.

This bit of consumer education is provided on your behalf (granted, you learn more on this site by accident than by design) to make readers aware that when P.T. Barnum uttered the immortal words, “There’s a sucker born every minute,” he wasn’t referring to that person over there, he was referring to you and me. We’re all suckers about something, because we all have vast, hollow halls of ignorance inside our noggins.

And the anti-GMO crowd preys on this ignorance. 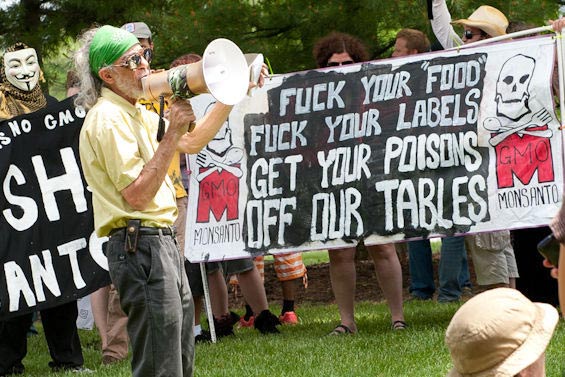 Since science is not even remotely on their side, anti-GMO activists rely on high levels of public ignorance to foist their ridiculous misinformation on the public in a coordinated and disciplined display of fear-mongering and populist alarmism. Saul Alinsky would be proud, but it’s at the expense of human lives, as we will see.

Ignorance of this key difference between the two terms allows opponents of genetic engineering to paint with a broad brush. It’s actually genetic engineering that has them concerned, but to far too many of the public, “GMO” is all that’s needed to identify something as a “Frankenfood.” Just use either “GE” or “GMO,” because it’s all the same, evil technology. Look up “GMO” on Wikipedia. Wikipedia gets it wrong. Most curious is that Wikipedia changed their definition of GMO about seven years ago, from the scientific, university endorsed definition noting the distinctions between GMO and GE, to the muddled, interchangeable definition. Hmmm.

The organization Greenpeace sets another intriguing example. To their credit, they stick with “GE,” mostly, but the credit ends there. Charles Margulis, who serves as Genetic Engineering Specialist at Greenpeace, was interviewed for a documentary and on camera offered this sobering wake-up call to the alleged doom headed our way: “There is no government requirement that GE foods be tested in the U.S. Not a single government agency, not the FDA, USDA, EPA, none of them, require that GE food be tested for human health effects.”

That’s an exact quote, and it sounds pretty scary. But consider a few facts, such as that Mr. Margulis is not Dr. Margulis, has no scientific degree of any kind, not in genetics, chemistry, biology, or botany, and in fact came to become the Greenpeace Genetic Engineering Specialist directly from a stint as the Director of the Westminster (NY) People’s Action Coalition. Quite a pedigree.

Then understand that everything he states in the above quote is false. Not partly true, not selectively true, but purely and completely false.

In truth, genetically engineered crops are the most highly tested foods ever created. They are regulated by, yes, the FDA, the USDA, and the EPA. These crops go through millions of dollars of testing and years of studies before a single plant can be grown as a commercial crop outside a controlled environment. The American Association for the Advancement of Science states that GMO crops (including GE) are “the most extensively tested crops ever added to our food supply” (AAAS 2012). The US Food and Drug Administration has found that all current 148 transgenic crop combinations grown around the world are equivalent to their conventional counterparts. Regulators in Japan have published the same conclusion (Herman and Price 2013).

None of that fazes activist organizations such as Greenpeace, who at the 2002 Environment Summit in Africa were instrumental (along with the organization Friends of the Earth) in convincing representatives from Zambia to turn down millions of tons of GMO food from the US that could have fed their starving population. Even though Zambia and several other African nations were set to encounter their worst famine conditions in a decade, the activists told Zambian leaders that the food was “poisonous.”

Zambia and several other African countries also opted out of accepting seed and growing genetically enhanced crops designed to survive their harsh growing conditions, produce higher yields per acre than the plagued crops they try to grow, and involve far lower usage of chemical controls. Did humans starve to death as a result? Yes.

Nice work, Greenpeace. You should have stuck to saving whales, an act for which you had my complete support. 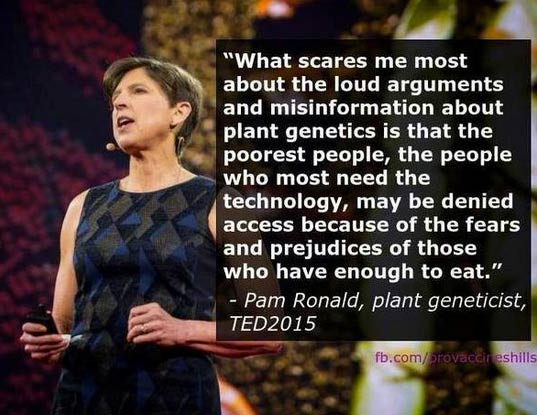 And please, no e-mails from people pointing out that GMO/GE crops are under moratoriums in parts of Europe. As if that means something. Get enough people to sign a piece of paper and enough $300-an-hour lawyers involved, you can force your city, county or federal government to place a moratorium on tofu. The e-mailers always get the number of countries wrong anyway, since the moratoriums are constantly being lifted, after government leaders listen to the Charles Margulis’s of the world, then listen to the expert scientists, and conclude that fact trumps fiction.

I shake my head at the activists in this country who clamor against the amount of GMO and GE foods in American grocery stores. The aisles of your nearest grocery store brimming with the freshest of foods, your bellies full each and every day, you exist under the mistaken impression that this is all about you. It’s not. This is about helping the people starving worldwide, the safeguarding of the world’s food supply, the lifetimes of hard work put in by the best minds on the planet focusing ten, twenty, fifty years down the road, doing what it will take to ensure a steady food supply to the growing human population.

The single greatest factor in the reduction of worldwide starvation rates as well as in the ever-growing supply of food around the globe is the development of GMO and GE foods over the last sixty years, and there isn’t a university food scientist or accredited food expert in the world who would disagree with that statement. Not that your typical anti-GMO activist would ever speak to one.

If a food manufacturer such as Giants Sunflower Seeds chooses to advertise that their product is non-GMO, fine. It’s a scam, a marketing ploy preying on ignorance, but I’ll buy them anyway. But only because their seeds are the official sunflower seeds of the Minnesota Twins, not due to some misperception that, wow, non-GMO sunflower seeds are somehow safer or superior. They aren’t.

What they are, if you understand science, is doomed, whatever sunflower seed strain is currently in use for Giants seeds, just as all crop strains become, once Mother Nature eventually turns her eye on them, and delivers the pest, or blight, fungus or virus that wipes them off the face of the earth, as has happened over and over for thousands of years. The GMO will be there, and will save the day, designed decades ago for just such a contingency.

A very good thing, as I do like my seeds.