Don’t by a house or town home ruled by the iron fist of a naïve, narrow-minded Property Owner’s Association without reading the fine print concerning gardens and landscaping. 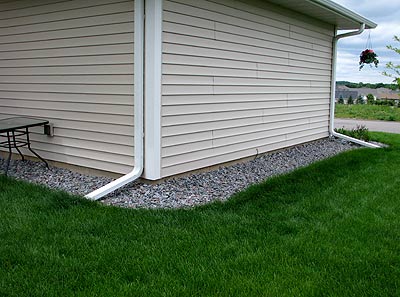 Association Sez: Don’t even think about expanding these beds.

It’s happened twice to me so far this season, me, your pleasant, cheerful, live-and-let-live, pseudo-professional landscaper, forced to deal with walnut-brained, mouth breathing members of a homeowner association board, tongues out and spittle forming while they carefully circle arcane landscaping rules in crayon from a 1962 property guide.

First was the town home owner I discuss in the new Myth of the Week who lost two big weeping willows. She owns the unit but not the quarter-acre of land, most of which creates her back yard. Good news is the association replaced the trees; bad news is she had no choice in the matter.

They planted two swamp oaks (Quercus bicolor) on the edge of her property, not the end of the world, it’s a handsome oak, it borders marshland so both will probably prosper, but she would have preferred young willow trees (Salix pentaphyllum‘Prairie Cascade’ is the fab newer, more compact variety I suggested, hardy to zone 3) which would have done just as well but have a much more soothing and artistic presence (she’s a yoga, tm type). Plus willows in Minnesota are glorious to behold in winter, with their cascading, golden-yellow dreadlocks. But no such luck. She could choose any tree she wanted, as long as it was a swamp oak.

Better yet is another client that I did some work for last year. Single woman with teenage kids. Newer development out in the tertiary suburbs, old farmland, the builder ringed the house with twenty-eight-inch-wide foundation beds, planted a meager widening of the bed in front with a few dwarf bush honeysuckle, a creeping juniper, a few Leucanthemum daisies, three gruesome Stella de Oro day lilies, filled the beds with crushed rock, sold the house.

So why was I surprised this year to run into trouble when I returned to design and install a back yard landscape that would block out the view from her deck of the vapid house rising from a hill behind her?She hired my firm to remove all the rock, of course, since she has eyes and a brain, and plant her naked foundation beds. Only caveat from the property owner’s association: you can’t expand the beds. So hello Holmstrup Arborvitae, Standing Ovation Serviceberry, Boxwood, dwarf Forsythia, and every compact Barberry I could think of, for the Association children wearing shorts in summer who lose a ball up near the foundation. Hopefully I’ll have moved out of town by the time the Clethra have the audacity to grow three feet wide. 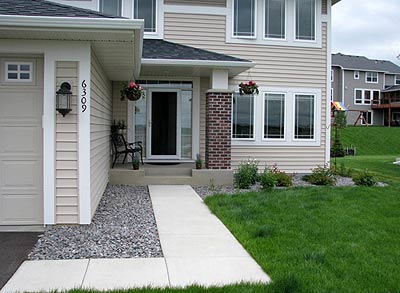 I even drew a plan, a chore I detest, so that she could submit something to her local Luftwaffe. Two weeks later, the answer came back: Sorry, the Association property rulebook specifically states, “Vegetable and flower gardens cannot exceed 300 square feet.”

She did the right thing—railed—and five weeks later, after two more meetings, got the association to admit that her landscape was neither a flower garden nor a vegetable patch, and after much gnashing of teeth and forming of spittle, they approved my plan. I know what was racing through the members of the Association’s heads, though: Damn precedent. Next thing you know, some other jerk will want to remove a portion of the beautiful grass lawn, and plant trees.